Effectiveness of Paxlovid a retrospective study

I have some questions concerning a retrospective study on the effectiveness of Paxlovid in high risk patients: 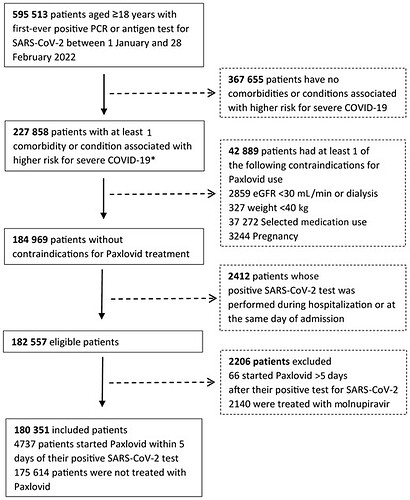 Effectiveness of Paxlovid in Reducing Severe Coronavirus Disease 2019 and...

We assessed the real-world effectiveness of Paxlovid in high-risk COVID-19 patients. The study illustrates that Paxlovid is highly effective in real-world setti

Briefly:
Included patients: 180,351
Patients who received Paxlovid ( a five days treatment course): 4747
Outcome: composite of severe COVID-19 or COVID-19 specific mortality
Number of events: 942
Number of variables in the multivariable cox PH model:14 + Paxlovid that was modelled was a time-dependent variable.
Patients were followed for 28 days
Paxlovid group: 39 events in the 4737 patients
Non-paxlovid group: 903 events in the 175614 patients
HR for treatment with Paxlovid from the multivariable cox PH model 0.54 ( 95% CI , 0.39-0.75)

in the paper,12 interactions were tested, one of them was treatment * vaccination status, and since it was with a p-value > 0.05 , the authors concluded that Paxlovid was effective irrespectively of vaccination status. ( which goes against the evidence from the clinical trial EPIC HR were the risk difference for seropositive at baseline was greatly smaller compared with serongeative at baseline , and against the fact that in EPIC SR ( vaccinated included) the effect of Paxlovid was smaller compared to EPIC HR ( vaccinated patients were not included)

Classic “absence of evidence is not evidence of absence” error.