Article: Robustness of statistical methods when measure is affected by ceiling and/or floor effect

I was following up on citations to a paper @f2harrell cited in a number of threads supporting his preference for ordinal methods in applied problems:

The following PLOS paper approaches the problem from a formal measurement theory perspective. 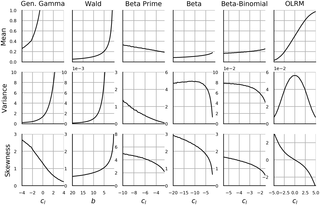 Robustness of statistical methods when measure is affected by ceiling and/or...

I’m still digesting the paper, but their reference section is an excellent historical review of the simulation studies and the longstanding argument that compares the performance of textbook parametric and nonparametric methods on ordinal data.

They go beyond the simple comparisons of parametric t-tests variants and rank based methods to include Bayesian t-tests, TOST interval testing procedures, and some robust frequentist techniques (ie. trimmed-t test).

Some conclusions from their simulations that I found interesting: