Communication has never been easy, but is very key in any collaboration be it long or short term.

In medicine we are taught ways to communicate with patients. But communication is a two way event, and unfortunately patients are not taught how to communicate with doctors, so in the course of a doctors practice, they learn the art of decoding what the patient might be trying to say. At times one can verify some diagnosis hypothesis with medical tests, or look for signs and symptoms that are independent of the patient’s ability to articulate what they think is wrong with them. You get the point. All this is largely because clinicians and patients don’t share a common set of vocabulary and/or thanks to google, a common understanding of medical vocabulary - you have all probably heard of the phenomenon where patients google their symptoms until they self-diagnose, and at times hilariously they reduce a clinicians role to one of writing their prescription for they will have also googled which drug to take. Then the clinicians role expands to de-diagnosing (if the patient got it wrong) the patient, before properly diagnosing them.

Great points Nelly. I expect there are lots of similarities between the doctor-patient relationship and the physician-statistician collaborative relationship. Just as patients are often quite willing to be “de-diagnosed” (great term) by having misunderstandings of medical information directly addressed, so too must physicians be willing to admit they don’t have all the answers when it comes to stats. Although it can be hard for physicians to relinquish control, sometimes we just need to let other people drive.

I have a pretty long list of issues that (as a statistician) at one point of another have lead to confusion due to it being unclear what some terminology means/how it should be interpreted/due to previous education (or miseduction) of stakeholders:

I came up with fewer examples of physician language being completely misunderstood by statisticians (one example: MedDRA system organ class does not mean primary system organ class). I guess I’m not sufficiently aware of my own blind-spots…

I am now retired but used to work as a statistician in a medical school. I often said I was the statistician counterpart of a GP.
My original training was maths - more ‘pure’ than conventional ‘applied’ which used to mean essentially maths for physics and engineering. In my Cambridge degree, I was taught by several men who, I later learned, had been at Bletchley Park. Some of my colleagues were involved in cracking Fermat’s Last Theorem, including John Horton Conway, sadly recently deceased with Covid-19.
The pure mathematician Caucher Birkar wrote ‘Mathematics is not designed to be described in words. It is designed to be described in mathematics.’ Be that as it may for pure maths, it is the EXACT OPPOSITE of the situation that applied throughout my work. Communication was essential. Whenever I analyse a set of data, I reckon I spend at least as long on the writeup as the programming.

In the past few weeks, I’ve found it helpful to come to Data Methods and search the archives for threads that often provide useful context to a question I have regarding statistical reasoning.

Principles and guidelines for applied statistics

Frank suggested that the posts on the topic “What are credible priors and what are skeptical priors?” are getting into a more general open-ended area of philosophy and practice that deserves its own topic page. These posts would reflect personal statistical principles and guidelines - the hope is that others will share theirs and be open to discussing them. As a start on what constitutes applied statistics (as opposed to high theory or math stat), here’s an incredible quote Frank has posted el…

Physicist Richard Feynman had a wonderful discussion on the relationship between mathematics and physics. I think substituting “statistician” for “mathematician” and “clinician” for “physicist” is a perfect metaphor for the communication problems described here. 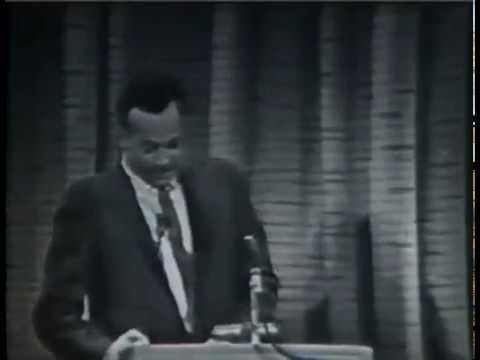