My colleagues and I are struggling to reach consensus on how to operationalize the time to sustained clinical recovery endpoint described in the FDA guidance documents (here and here).

The relevant text from the documents is:

Sustained clinical recovery can be defined as occurring when no key COVID-19-related symptom scored higher than a prespecified threshold over a clinically meaningful time period (as documented using a patient-reported outcome instrument).

I’m curious which definition (if any) this audience thinks aligns with the FDA guidance. I’ll spare readers my own opinion, except to say that I’ve informally noticed that the question tends to divide statisticians and clinicians.

Note: I’m aware that time to sustained clinical recovery has its limitations, and that this audience has catalogued its challenges. I agree with many of the sentiments already expressed on this site about the endpoint, but I’m not in a situation to consider alternatives.

i would say it occurs at the end of the predefined period (3 days in your example) but i would do whatever other researcher’s have done so the results are comparable / on 2nd thoughts, if the “clinically meaningful time period” is inconsistenly defined in the literature then i would use the 1st day

incidentally, “prespecified threshold” refers to the score rather than the # days

Ha, interesting question. I would vote the last day required to meet the definition (in your example, the third day) but now I’m curious what your opinion.

Just waiting for Frank to drop in and say you should do a longitudinal state model instead, but I can appreciate you may not actually have that choice (and this is not the question you have asked).

That goes without saying Andrew

Just dropping this here for no particular reason … cc @Stephen 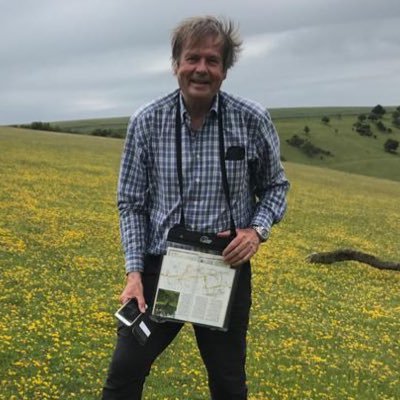 @stephensenn
I somehow doubt this is true but if you have a link to an article that makes this implausible claim I'll check it out twitter.com/davidcnorrismd…

You statisticians are trying to have it both ways. On the one hand, you gesture toward the fact that clinicians have intuitions of latent state-variables — in this case, of a ‘clinical status’ time-series which might exhibit a sustained return to a ‘recovered’ state. But on the other hand, you resolutely refuse to acknowledge these latent variables overtly in your formalisms. In place of the formal acknowledgement and forthright development of latent constructs, you substitute arbitrary bureaucratic definitions obtained from the exegesis of FDA scripture.

To some extent, this adheres to a tradition of service to the State which survives to this day in the very name statistics. But outside of biostats, the wider statistical community makes ready access to state-space modeling and associated techniques such as recursive filtering. Why is it, when the people you’re supposedly talking to all the time (clinicians) think in these terms, you eschew readily available methods that would let you converse more naturally?